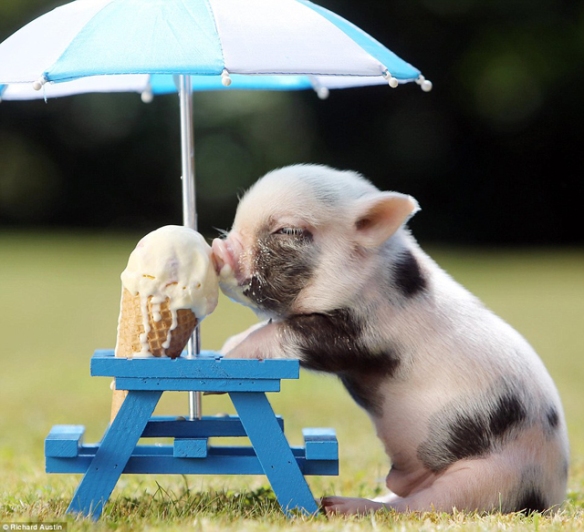 Hi guys. Welcome to another stirring edition of “Answers for questions”. I’m always in need of new questions so don’t be a shy #sadboy. Send me shit! Either email me at phatfriendblog@gmail.com or leave the questions in the comment section below.
Also, I got the final 4 dates of my tour this coming week. Hitting Vancouver, Seattle, Portland and Bellingham. For more info: http://blockheadmusic.com/. Come on out cause I probably won’t be hitting the road much for the rest of the year. Time to make music again!

I’ve been listening to Spark Master Tape since you posted about him a couple years ago. You have addressed the importance of authenticity in hip hop a number of times. At is point, do you give a shit who he is, or is the music strong enough to stand on its own? Say his identity comes out and it’s clear that the character is 100% fabricated. Is there a scenario in which you could no longer listen to him, based on who he is?

I think, in his case, the music is bigger to me than the authenticity. As far as I can tell, he’s playing a character on some level. That’s fine with me. His creativity is what drew me to his music. He can rap very well, he uses crazy beats and has his own style of how he puts songs together. I actually have an idea of who he is. Not specifically but I’ve gotten some info here and there that has pointed me to a likely answer. From what I’ve gathered (most info came from one particular internet sleuth who seems to have cracked the code), SMT is a dude who was an underground rapper for years who simply wasn’t getting shine. He made SMT and , all of a sudden, people took notice. I’ve also heard he’s not from the US and , race-wise, he’s neither white or black. Possibly of Arabic descent or maybe latino. My guess has always been he’s canadian cause his production crew is from there. So, that’s all I really have on him but, to be honest, I don’t care. I just want more music by him. He’s awesome.

Do you consider yourself a feminist?
Hmm…I never have thought that. I mean, I’m all for equality on every level for everyone but a card carrying feminist? Nah. I’m way too apathetic about everything to really ever get involved with a cause that deeply.
My approach to most things in the vein is “OBVIOUSLY we should all be treated equally”. It’s a given to me. But I’m also not a person who protests or takes strong public stands. It’s just not in my nature.

I recently got approved for SSI and will be getting around $10,000 back pay that I’m required to “spend down” in 9 months to stay eligible for monthly SSI checks. I know SSI isn’t a lot of money and I’m pretty much going to be poor anywhere I choose to live. I sort of see this as an opportunity to pick up and move myself somewhere in the United States. As someone who has toured and traveled quite a lot I’m wondering where you would go to if you could pick up and live anywhere and be assured an income. I currently live in a state with a long hard winter and would preferably move away from snow. I’m mostly into art, computers, and keeping to myself.

If you’re into computers and keeping to yourself, the world is your oyster. You can live anywhere and be happy. The art part is a little trickier but it also depends on what kind of art. Fine art? Like you wanna be around museums? Or do you mean just artsy people?
I think Portland, OR could be a decent spot. Asheville, NC is somewhat cheap and has all those things. If weather is something of that concerns you, California. There are tons of town in southern cali that I’m sure are affordable and offer and mellow life. Honestly, if you’re a person who doesn’t leave the house much anyway, you might as well live in a suburb. Save your money. Spending money on a location that you don’t plan on using seems like a waste. Sounds like you need to just get out of the north for the winters.

As we get older, our close and long-standing friendships tend to become more important and valuable to us. Do you ever tell your friends that you love them?

You mean like my male friends? Good lord no. I don’t really have those kinda relationships. Not that I don’t love my friends but I’m not one of those expressive type of guys. Most my buddies and I are too busy busting each others balls to say “I love you, bro” to one another as a focused statement. In fact, it would be both hilarious and weird if we did. With girl friends (not my actual girlfriend) that phrase can come up but, even then, it’s thrown around pretty meaninglessly. Like casually saying “Okay, later, I love you” as we get off the phone. Even then, it’s a very particular type of friend that would initiate that with me.
Clearly, I’m a man who’s not comfortable with expressing my emotions but, at the same time, I don’t walk around with an overwhelming urge to express my love to the people close to me. I’m content with that. As far as I can tell, we’re all good.

Do you think that San Fran seems kinda like the “new New York” in some ways? (In that, rental prices have experienced an exponential increase in a short period of time). This is from a non-american on the outside looking in, so forgive my naivete!

Kinda but not really. Yes, they’re both awesome cities that are expensive and being overrun by rich assholes. Outside of that, they’re really nothing a like. As far as cities and how they run, they’re worlds apart. They are my two favorite cities though. Sucks that they’re both so damn unaffordable!

I think you are pretty well known among underground hip-hop cirlces, but lets say you were ever to blowup and become more well known, at least to mainstream America. Would you accept an invitation to play in the NBA’s Celebrity game? How do you think you would do if you played? I have never payed the game much attention so im not sure who participates now days but do you think you could give guys like terrell owens, bieber, timberlake, michael rappaport work? anyone you would gladly throw an elbow at?

ohhhh….good question. It depends. I’m definitely a type who would get nervous on that big stage. I’d mostly likely pass a lot and hit the boards. That’s kinda what I do when I know I’m not a main scoring option. I’d take open shots and all but I wouldn’t be forcing my offense.
Skill wise, I’m pretty confident I could hang with most of the celebrities that play in those games. A dude like Common looks like he’s actually pretty good might be tough for me to guard but most of those guys are my level or worse. The athletes? No way. Terrell owens would obliterate me. They may be professionals in other sports but an athlete is an athlete. But those other guys? I’d be fine. I’ve actually played with Rappaport once before at a park. He was decent but kind of a ball hog. Fitting though cause he’s an actor.
I wouldn’t throw an elbow at anyone cause I don’t play dirty like that but I would be gunning to swat some shots. Sending a Bieber shot into the stands would feel amazing.

Have you ever had a really good idea that had either been done before or someone else beat you to it?

Sure, all the time. That’s how music goes. More often than not, I’ll flip a sample and it will be sitting on the shelf and someone else will drop a song with that same sample in it. That’s infuriating. Especially if I liked the beat I made. I can’t say I’ve ever had some grandiose concept album idea that got used before I could do it. I don’t really work that way though. And , being that I make beats, there’s only so far my ideas can go. It’s not like I’d think “Man, i should sample some steel drums!” then someone else does it and I’m like “Oh man, forget that idea!”. It’s all how you execute your ideas. Two people can think of the same shit and the end result will be completely different.