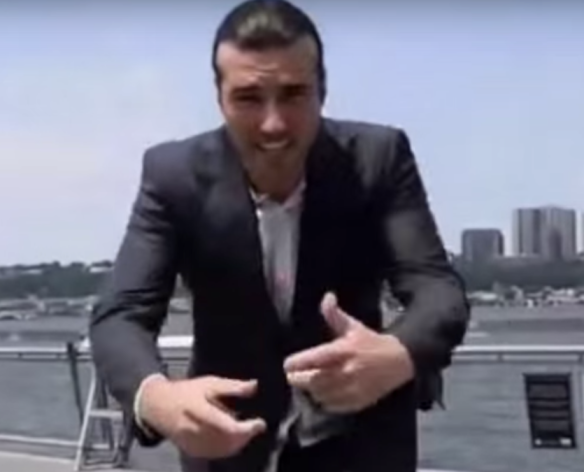 So, all my timelines have been flooded with Slim Jesus. Normally, he’d be an easy target for this column. Yes, it’s ridiculous. Yes he’s a child clown. These are both truths. But, more than anything, he’s just an example of how white people are way too comfortable. Like, he should’t be allowed to do this by his friends. They should have stopped him. Unless it’s a Locomotive Kurt situation, in which case, I guess it makes sense. But, to be honest, this kind of fuckery is so common place that there’s not much left to say about it. The over the top whig wave of rap has been going on forever and Slim Jesus is just it’s next logical step. I’d rather put eyes on another kind of white person being way too comfortable…JLAMONE.

Look at this fucking guy. While Slim Jesus is doing that same old “waving guns and talking about my skwad” shit, JLAMONE out here bout to go to Montauk and do coke with 17 year old girls with good fake id’s.
Rap has come a long way. Once being authentic was stripped away as a thing people held dear, it really opened the doors for pretty much anyone who’s ever thought of rapping to chime in. Like this guy. He strikes me as a dude who gets bottle service at a club and raps to his drunk friends in the booth they’re sitting in. I bet , when drunk, he loves freestyling. In fact, I have a feeling most of this song is off the top of the head cause what else could it even be?
In a different life, maybe he woulda been one of those grindtime battle guys. But, unfortunately for his rap career (but fortunately for his life) he was probably born into a life of means where rapping wasn’t a realistic option. He reeks of upper east side Manhattan (I went to school with dozens of him) but i could be wrong. I mean, he’s repping Harlem in this with his two puerto rican friends but I got a feeling he just crossed 96th street to get that shot then ran back down to park ave as soon as it was done. Again, this is just a hunch.
Much like Slim Jesus, there seems to be a lack of friends in the world telling him to stop. I don’t know if that’s the coddling society we live in or if his friends are also assholes. It’s hard to tell. One thing is certain though, there isn’t an ounce of shame in his body. He’s all in. He’s VERY happy with himself. His level of contentment is something most normal people can only dream to attain. And all he did was make a terrible rap song and a video. Man, entitlement is amazing, isn’t it? Thing is, he’s having so much fun, i don’t even think I’m mad at it. I’m mad at society for allowing it to exist but him? Not really. Good for him. He’s not hurting anyone. Besides, his hair is gorgeous. I wanna brush it like a my little pony doll while he tells me insider stock tips and explains why Tupac is the greatest rapper of all time.

5 thoughts on “This Week In ridiculous rap: JLAMONE”