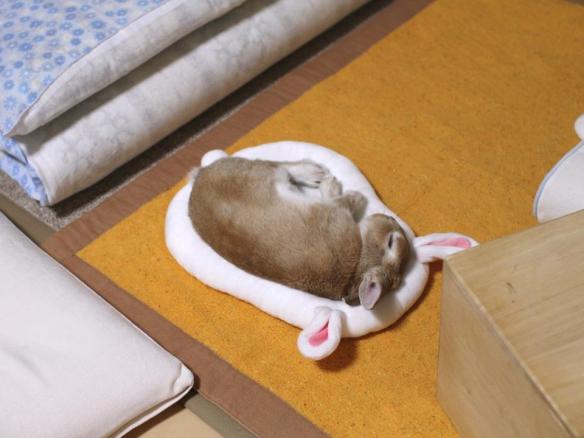 What up everyone…Back from the road with my dude Eliot Lipp. We had a great time. Thanks to all you that came out. It was a pleasure. That said, I’m happy to be home and will be loafing like a champion for as long as I can.
Anyway, welcome to “Answers for Questions”. My life long quest to answer every question anyone could ever ask me. if you would like to join history, ask me stuff. Anything. Make it interesting , if possible cause it only makes this whole thing more fun to read.
Send me questions to phatfriendblog@gmail.com or leave them in the comment section below. Be creative and weird!
Let’s check this weeks batch…

When do you think an artist should use a publicist? Is it as simple as if you want your shit on blogs etc then use one. Do you use one? Worth the $$$?

That’s a question I’ve actually discussed at length with many artists and I can’t say I’ve ever come up with a conclusive answer.
I can say the a GOOD publicist can help a lot. Creative ones. I don’t think I’ve ever had one like that but there are certainly artists who had publicists pulling strings that made their whole career take off.
Typically, a publicist will do a few things. Get you on blogs. Get you interviews. maybe some sort of printed media. It’s basically their job to spread the word. Thing with that is , in 2016, “the word” is a fleeting concept. To get a write up on a blog is cool and all but, by the end of the day, it’s at the bottom of the page and all but forgotten. It’s a weird thing to spend money on.
At the same time, i’ve done albums with and without them and , when you have a good publicist, it does spread the word better than you ever could alone. For instance, Ninja tune’s reach is much further than mine and that was clear when I put my own album out versus them putting one of my albums out.
To be totally honest, I’d say it more important to have something go viral (a video, a story, a song) than to have a publicist. But no one really can control what goes viral so that’s basically leaving it up to fate/luck. That or someone with pull getting behind you. Like if “The Needle drop” or “Pitchfork” give your album a good review, that’s a better look than a 1000 tiny blogs writing up your album. Most of which, by the way, barely even listen to the music. They just rehash the bio your publicist writes and post a song.

What’s your experience with international relationships? Could be you or friends. Culture clashes , language barriers etc. You ever dated someone whose first language wasn’t English?
I’ve never seriously dated anyone who was from another country (long distance style). I’ve dated people who grew up elsewhere and then moved to the states. I’ve dated one or two ESL people briefly. My experience is it’s just like dating someone from here. The ESL girls were kinda tough cause the language barrier was a little difficult but it wasn’t a deal breaker or anything. People are people, you know?

You play lots of festivals yea? If you went out of your way to just fuck with festivals do you think you could play them solely year round and live off them?
I actually don’t play THAT many festivals. My music isn’t really made for that kinda vibe. I don’t do massive EDM music. I make rap beats, basically. Generally, when i do play festivals, i’m the only artist like myself on the roster.
I don’t really have control over how many festivals I play (I get offers and take them) but I don’t think i could live off them year round. Partially cause i don’t get that many offers but also cause festivals aren’t really a year round thing. They tend to happen during the warmer months.

Whats your method for sleeping in an airport when necessary? Do you sprawl on the floor like a middle school child, try to retain a shred of dignity and look for a bench without those awful unmovable armrests and lay down, or try to sleep sitting up?

Have you ever been in one of those VIP airline member lounges, they cool?

I don’t do it. Never have. I’m a terrible sleeper. I can’t even sleep on planes, let alone a bench outside of a plane. I’ve been in airports more tired than I’ve ever been but just toughed it out cause , hey, I know that sleep will be shitty and anxious. I suppose I’ve trained my body to just be able to stay up when there is no other choice. I pretty much sleep like a person in jail anyway. Lightly and ready to spring up at any moment.

I’ve never been in on of those VIP lounges. I’ve never even flown first class. I’m a blue collar traveler to the core. I’m a coach riding, group C boarding motherfucker. 😦

Several times I seen phish being mentioned on your blog. Usually with a shitty connotation by a reader in a hypothetical Q n A. You yourself have mentioned them. It seems like the hip hop community hates on them hard. I think mostly this is due to the exposure they’ve had with their “shower-once-a-week” fan base than the band’s actual music. Whats your thoughts?

I think “hate” is a strong word. Hip Hop doesn’t give a fuck about Phish. They don’t give a fuck about Soundgarden or Ween either. It’s not just Phish.
That said, I think people, in general, make fun of phish and jam bands cause it’s an easy target. Most things hippies are into are easy to make fun of.
I personally haven’t heard much phish music. I did listen to a podcast called “Analyze phish” where comedian/writer Harris Wittles tries to convince comedy writer Scott Aukerman that phish is good. On that show, they play clips of live stuff and album tracks. From what i heard there, I could gather that Phish are very good musicians who makes really boring music. Jam bands, in general, don’t appeal to me. I don’t care for noodling. It’s just some masturbatory bullshit that doesn’t even sound that good to me. I’m not really a rock and roll guy to begin and the solos were always my least favorite part of jazz so it’s simply not my cup of tea. Also, the lifestyle that goes with it is not my cup of tea. I don’t like festivals. i don’t even like live music that much. I definitely don’t like doing tons of drugs around a bunch of hippies. It’s not for me. But do you, Phish fans, you’re not hurting anyone.

This is a revisit. Puppy vs 10 year old girl. You gunna drown that puppy huh? Can’t punch a female? Plz elaborate on how living with the knowledge of punching a 10 year old girl in the face would fuck with you more than drowning a puppy.

It’s not like it’s a choice I wanted to make.
The question was would i rather punch a ten year old girl as hard as i can in the face or drown a puppy.
Obviously, both these options are terrible. I wouldn’t do either ever in a million years.
My logic is that humans come first. I would never punch a girl OR a child. So a girl child is like twice as bad. As much as puppies are adorable, I don’t have a human connection to them. I’m also not a big pet/animal guy. I certianly don’t wish harm on anything but I’m not a dude who loves dogs or cats. I’m pretty much indifferent about them (I actively loath cats though). Again, drowning a puppy (or anything really, even a cat) would fuck me up. And the person who originally asked this questions is definitely an asshole. But in a battle between human or animal? I’m picking human. I realize there is a large swath of humanity that prefers dogs to humans but I am not one of those people. When a dog that I can converse and share ideas with exists, lemme know.

What does a sound guy in a music venue do? is his role crucial? will he be obsolete anytime soon?
Uh, yeah…he’s crucial. He makes sure the sound from your instrument/lap top is heard clearly by the people who come to the shows. A good sound man is incredibly important. I’ve had countless shows fucked up by inept sound guys. Even been to a show of an artist you like but the sound is shitty and the experience is ruined ? That place needs a new sound guy. Or a new sound system. A good sound guy knows a room and understands who sound works. He also is into his job and stays by the boards during a show to make sure everything is going well. A bad sound guy just connects some wires, gets the sound to a passable level and is out smoking cigarettes during your set while people in the front rows are holding their ears.
So, yes, very crucial and they will not be obsolete any time soon.