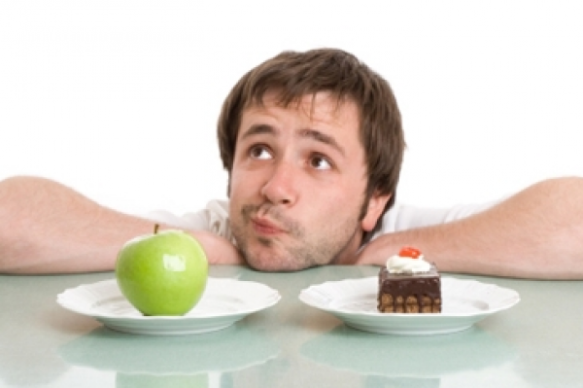 Summer is here and what better way to spend your day than making up scenarios involving the free will of other people?
Yes, this is “Fuck/marry/kill”. The same game awful frat guys play but with a twist. As always, I must remind people this is a joke and not meant to be taken seriously in any way. If you think something like this might offend you, it probably will. Even though the majority of options aren’t even real things/people but I know how people can get.
Also, if you got any creative options for me to use in a later editions, leave them in the comment section. As you can see from this weeks edition, it can really be anything. Follow your heart! 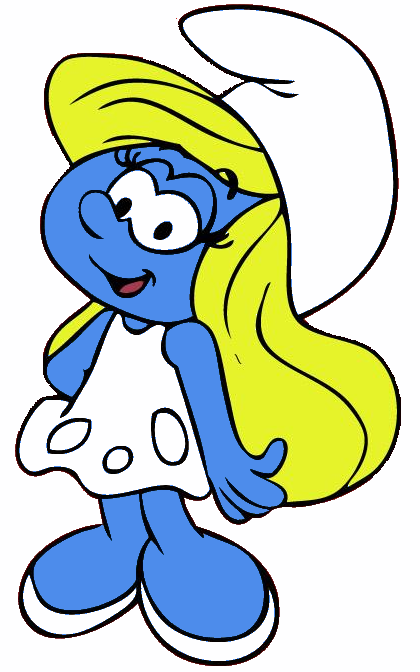 I appreciate the age specification here cause, you know, wouldn’t wanna be creepy about possibly fucking something 3 apples high in size. Oh wait…that’s impossible. That will always be creepy. It’s not like Smurfs hit 18 and and all of a sudden men all over breath a sigh of relief cause they can FINALLY get some of that legal smurf trim. No, Smurfs are literally too small to have sex with. But, then again…So are Fraggles. They’re a little bigger than Smurfs but still smaller than your average toddler so there’s not way I’m even considering sex with either of them. So, this leaves me in a strange position. It comes down to who I’d rather share a loveless/sexless marriage with. In my eyes, a smurf seems like the clear choice. They’re a docile bunch (minus the grumpy one) and generally seem like they’re good people. Sure, it would be a marriage of convenience but the alternate is a little too crazy for me. Like Animal from the Muppet show but a female and smaller. I wouldn’t even want that as a pet.

Daria wins (is have sex with me a victory here? I kinda doubt it) by default. She’s the only one here who’s
1)age matters (high school daria would be off limits, obviously)
2)is a real human (albeit in cartoon form)
3)has a vagina that’s proportionate to an adult male (I’m assuming).
Sure, the reality of sex with Daria might , in fact, be the worse sex on the planet but this isn’t about that. It’s about justice. It’s about me not murdering someone via the act of making love. I gotta hand it to who ever come up with these options…you’re a fucked up person. God, I’m shivering at the thought of the cutting remarks Daria might way during sex. Not sure if my ego could even handle that. I’ve never had someone roll their eyes at me during sex but I have a feeling that’s right in Daria’s wheelhouse.

As discussed above, it was her or the smurf. She’s a wildling. She’s too small. She’s…a fraggle. At least the doozers are cute and would make good pets. Fraggles are like jungle hippies. Aside from the already stated issues with sex/marriage to a fraggle, I feel like they probably got weird diseases that could wipe out humanity if exposed sexually. We just can never be too sure. So, fraggle gon’ die tonight.

Listen, I know it’s all cool and shit to have cassettes now. They’re seemingly making a comeback for some unknown reason but lemme tell you whipper snappers something. I grew up with cassettes. I own 1000’s of them. They are, without question, the worst type of way to listen to music. From sound quality, to ease of use, to convenience, they lose every time. You never hear someone bragging about “Cassette quality” or hear someone say “i just like the warm sound of cassettes”. Nope. Cause they’re the worst. And, again, I have literally every album I’ve ever loved pre-2000 on cassette. It was how I listened to music my entire youth…but sometimes , times change for the better. Cassettes were a thing and they were fine when they were our best option…but it’s not 1988 anymore. Let it go. They can die now. 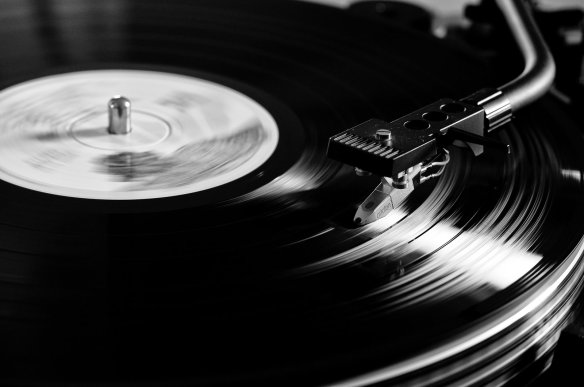 I’m sure this pick horrifies some of you purists but let me explain. In terms of sound and feel, Vinyl is the best. There’s no question. People out here freaking out about CDQ tracks and bit rates but, to me, the warmth of vinyl is real and truly does bring out a sound in music that’s all it’s own. That said, it’s just not practical. If i wanna go for a walk to the store, I can’t strap on a record player and bump my newest vinyl. If I’m traveling, i can’t bring stacks or records for the plane, to play on my battery powered record player (I mean, i could but I’d be the fucking worst human being ever if i did that). Vinyl is situational. MUCH LIKE SEX. So, to me, it’s the clear choice. Also, it’s got that hole in the middle…shout out to 45’s, you the real MVP.

I don’t love cd’s. But , of the three choices they’re the right choice. You can travel with them, they sound good, you can fit a bunch into a small carrying case. You don’t need to flip sides or manually move anything to get to a new song. Sure, they’re bulky and finding a discman in 2016 would be both difficult and humbling but it’s still the best option of optimal music listening. I’m not saying cd’s are perfect. They get scratched. They’re not super reliable. But, at their best, they were how music in the future were envisioned before people figured out how to make music invisible and fit inside our phones.

She’s always been awesome to me and, by default, she’s the one I’m most attracted to. I dunno if that’s a good enough reason to throw a ring on someones finger but i’ve seen people do it for worse reasons, right?
There’s a manic energy to Molly shannon that definitely kinda scares me but I feel, there’s a chance, that could work in our favor as a couple. I’m pretty level and easy going. She’s high energy and unpredictable. Perhaps our two energies would balance perfectly. Of it would be a total disaster. But , hey, that’s marriage, right?

I’m a fan of Dratch as well…and it does feel very shallow to put her down but I really don’t know what else to do with her here. She’s funny and weird, but so are the other two options. Sadly, this comes down to the most basic level of the game and that is: attraction. Yup…that’s all it is. Dratch is Dratch. The name says it all. I don’t wanna have to kill her , in this entirely made up and ridiculous scenario, but she’s as close to a muppet as a human can get and , as i stated earlier, i cannot have sex or marry a muppet in good conscience. 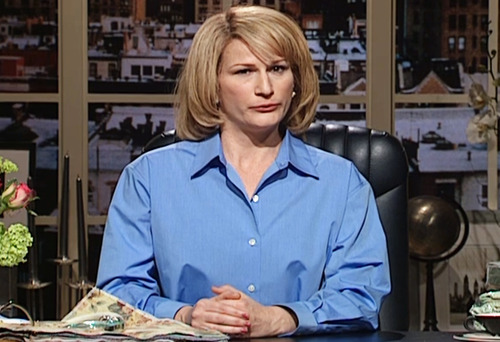 This is one of those default choices as well. I think the saving grace here is that Gasteyer is a dynamic performer. She can be so many different characters that, perhaps, one of them would be a girl who wants to have sex with me and vice versa. Is that doable? I dunno. I’m not even sure she’s attracted to men, to be honest but here we are. Fuck/marry/kill is all about compromise and pretending. In the case of Gasteyer and I, that’s all we got.

Here’s the thing, I could work with OCD. You can help these problems over time and they will get better. So, in marrying this girl, that would be the goal. Cause, outside of her OCD, she could be the perfect girl, right?
Perhaps, to quell her queefing thing, we create a house with no doors. Also, I’m not bothered by Queefs. I’d be more impressed that she could conjure them up on the spot, to be honest. i think, of the three options, this one has the most flexibility and can be possible. Hell, we all have our OCD things. Like, I have to clear all notifications off my phone whenever possible. No clue why…i just need it. Is that worse/better than a door opening queefer? Who’s to say?

Get you a woman who can do both, AMIRITE?!?!?
This is technically one fuck so the secret here would be to catch her on a porn star day. fucking a luchador might be problematic but if i can time it right, it could be perfect. Sure, this could backfire and she could switch over midway through sex, throw me in a leg scissor hold and flip me off the bed but those are the risks when you fuck someone with distinct multiple personalities. you take the good, you take the bad…you take ’em both and there you have…a sex crazed luchador (as well as the facts of life). Roll the dice.

See…this is tough cause there are variations to being bipolar but I’m just gonna assume this is an extreme case. Not so different than the porn star/luchador , in that it would be all about timing, in dealing with this one. But, to be honest, Bipolar people are exhausting and , at least with the multiple personality girl, I could rationalize who I was dealing with. Someone who’s either extremely high or extremely low all the time just doesn’t bode well for me, personally. I’m a leveled guy. I don’t change moods really. So, while sex with a Bipolar person could be amazing, it could also get dark real quick. That’s scissor lock off the bed sounds like a picnic comparatively. In this case, I’d just be playing it safe and opting out of the bipolar girl altogether.