There was a time , not so long ago, where music reviews were serious business. They could make or break an artist/album. In the 90’s, a 5 mic rating from the Source was basically anointing you king. As magazines phased out, websites like pitchfork giving you a 9.2 pretty much meant you were selling out shows for the next two years. But, in the last 5 years or so , something happened. Well, to be fair, it had been happening but it started to mold how public critics were formed and how they were viewed. What happened was, obviously, the internet. Prior to the internet, the phrase “everyone’s a critic” certainly existed but it wasn’t until we were able to see every single persons every waking thought on every known topic that that phrase became a palpable reality. The playing field was evened to the point where a person who had dedicated their life to studying music/film/art and gleaned a deep knowledge in the thing they were obsessed with was all of a sudden seen as just as important a voice as some guy on youtube. Or some kid in a comment section. Just…anybody.

Now, as a musician, i’ve always had a weird relationship with critics. It goes both ways. No one wants to hear their hard work get shit on but everyone enjoys an old critical jerk off sesh in their favor. In reality, they both share the same negative space. Good and bad reviews , on their own, are just one persons opinion and that doesn’t amount to much. They really only matter (and by “matter” i mean effect the project in discussion) when
A)a large consensus of opinion happens
B)someone of notoriety and validity gives their educated take

One thing that always mattered to me, regarding the person reviewing my music, was that they were informed. They knew what they were talking about. Not just about me but about the music that came before me and the music that came before that because it’s all connected. When I listen to music, I am filtering it through years and years of references , personal quirks, ideas and all sorts of back of the brain type shit that I’m probably not even aware of, in order for me to come to a conclusion about how i feel about it. I’m not a “critic” but , like everyone else, I am critical. About everything. As we should be. We can’t just sit back and happily ingest everything that’s thrown at us. But if your job is a critic, you better have a wealth of knowledge and massive perspective before you can start telling people your opinion on art. Otherwise, you’re just…some fucking guy. And it’s okay to be some fucking guy. But it’s also okay to not feel compelled to film a 15 minute youtube video reviewing music you have absolutely no clue about. 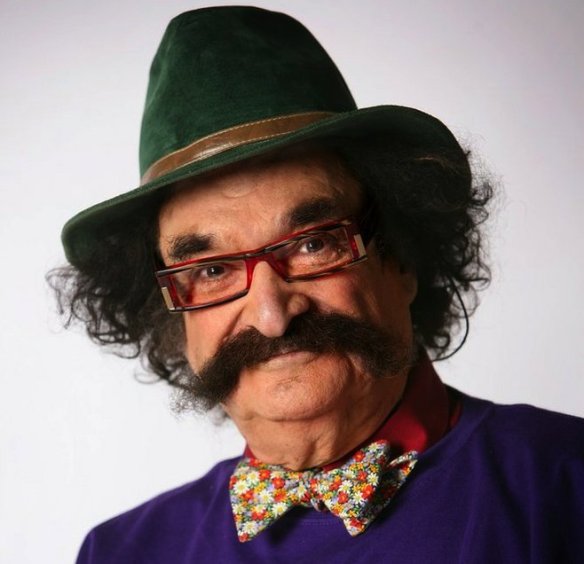 Now, why am i writing this, you may ask? Well, I recently put out a new album. I’m not a big deal so my albums don’t get reviewed that often. In the past, i have gotten good and bad reviews of all types. Regardless of the reviewers reaction, if i feel they are coming from a knowledgeable place, I respect their opinion. This time around, the majority of reviews I’ve been getting have been from people who have literally never heard of me prior to this album and I just think that’s weird. The funny thing is, for the most part, the reviews have been great. Now, new fans are kinda what keep this ship going so I would never complain about someone discovering my music and enjoying it. I’m not insane. But this is about being a public critic. I realize “not trying” is a big thing now in music and it bleeds over into the other parts that surround music. Music reviews are no different. Now, if I was a guy who was trying to make a name for himself reviewing albums, I would , at the very least, do a tiny bit of research about the artist I was reviewing. perhaps check out his older work. Look into his influences. Hell, even just reading a wikipedia page. You know, do the due diligence that is required of someone who is trying to have an opinion that holds weight. But, these days, it seems like it’s much easier to just put the album on once, let it run and be like “Hey, i have no idea who this guy is (is he a band or a dj?) but this song sounds cool…” and then post it on youtube. That isn’t being a critic. That’s just a random person listening to music and reacting to it. In it’s essence, it’s a reaction video and there are very few things more lazy and pointless than reaction videos. Reacting is something we all do but also something that 100% doesn’t need to filmed and publicly shared as some sort of valid opinion piece. Not everyone with a youtube channel is Anthony Fantano. And , regardless of what you think about him, the dude is a well read fan of music. He knows his shit. You may disagree with his opinions but his opinions are, at the very least, well informed and have a genuine perspective. Now, i realize this sounds ungrateful towards people who have reviewed my new album and , really, it’s not. i appreciate any and all support. But this is more about setting a standard. Just cause you like music, doesn’t mean you’re qualified to review it. It would be like a person who watched law & order all the time thinking they could be a lawyer.

Listen, everyone has opinions. In fact, for some, opinions are all you got. Your balls and your word, as scarface put it. But there comes a time when we must do some self evaluation and deeply consider if the thoughts and opinions we have are worth sharing. And trust me, the irony of me writing all this and saying that is not lost on me. But, hey, you’re here and you’re reading it so….GOTCHA!