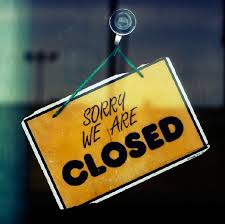 They say all good things must come to an end. I assume that applies to all mediocre things as well.

I’ve been writing this blog in some form since around 2002. It started as rants on my personal myspace page. Moved over to a weekly column on the Definitive Jux website and, when that went down, I stated Phat friend January 1st 2009 (or was it 2010? I can’t remember) . The purpose of this blog was just for me to say whatever the fuck I want. I enjoy writing. I like ranting about things i don’t ACTUALLY care about. It’s a good way to blow of steam. Certainly better than bottling it up and losing your shit over some pointless grievance. That, in it’s essence, was what this blog was. “Sweeping generalizations”. There was never any money or glory in this. If anything, it was a means to give my life a little structure. As a musician, it’s easy to fall into bad habits and having this to write every morning , at least, put me on a track to be creative and not just lay around in bed playing words with friends and candy crush until I get hungry enough to get up.

That said, I’ve reached a point where I feel as though this has run it’s course. I’m basically rehashing the same 4 or 5 columns and it’s not like any new light has been exposed. I’ve answered thousands of questions, listened to hundreds of demos, fucked, married and killed all the people I can. What more can I say?
Part of the reason I’m gonna stop posting with any regularity (I’ll get to that later), is that I really don’t have anything left to say. I’ve exhausted my rants. Also, as you get older, ones passion for the minutia of life wanes. This blog has always been about taking dumb things and expanding on them. Making them seem bigger than they are. Like, I could write a piece about men wearing open toed shoes looking like assholes, and it would cause an explosion of fury from every man who’s ever worn flip flops to the beach. When, in reality, I don’t give a fuck what another man wears on his feet. It’s just fun to poke fun and rabble rouse people. Basic trolling. But the stakes seem higher now. Sure, i could write think pieces on things I don’t really care about/know about/understand. I’m just not the involved or informed in the world around me. I listen to what I listen to. i watch what I watch. i read…the internet. My scope isn’t exactly wide. The last thing the internet needs is another white dude talking out his ass about everything.

Another side to this is the environment that we live in now. When i started writing this , i could say anything. If someone was offended or bothered by it, they would roll their eyes and get over it. i didn’t have to explain jokes or tell people “It’s not that serious” all the time. But, we live in a time where everything triggers something. Every word you say can be turned against you, context means nothing and intent is always under scrutiny. To me, that takes the excitement out of writing. Like, I wanna say things but I can’t cause i don’t feel like having to argue with a bunch of people in my comments. Don’t get me wrong, that’s always been a thing but it’s gotten worse ten fold over the last 3 years or so. And, seeing that, one might think “Well, you’re pussying out!”. Maybe. But, to be honest, the weight of those invisible restrictions had effected my writing. i don’t enjoy it like i used to. I’m too aware of things that might cause an issue. i end up over explaining and watering down the point. So, fuck that…Combine that with a lack of things to write about and , well, here we are. I’m sure i could write about how the world is seemingly going down the drain but I feel there’s enough of that out there. What can i really add? So, as of now, Phat Friend is scaling back.
I’m just gonna post music updates here and there as it comes in. Pretty much, this will function as Blockhead’s website, as opposed to “Tony’s blog”. If I get inspired to write something, I will. But, other than that, it’s a wrap. No more demo reviews, no more answers for questions , no more of any of the regular columns.
So, I just wanna take this time to thank all of the people I’ve met over the years who’ve told me they fuck with this blog and all the faithful readers. It’s been a pleasure. You guys, more than anyone, “get” me. This blog is more me than my music has ever been so, just know that, you’re appreciated.
It’s not dead…but it will be dormant.
And , finally, shout out to all the strangers and friends who have taken the time to tell me I need to fix my grammar and spell check more thoroughly. I will miss you guys the most. Feel free to find me on twitter, where I will be spelling things wrong and abusing the english language with regularity.
Thanks and Good day,
Blockhead AKA Tony 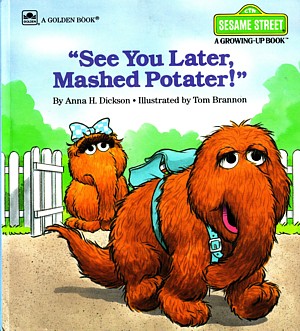