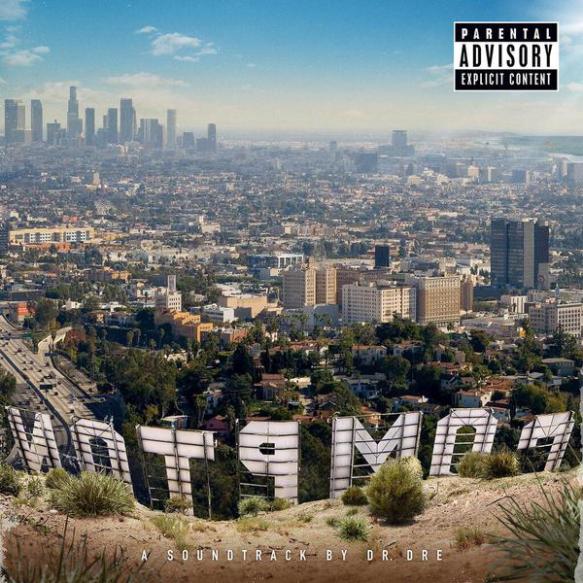 It’s been over fifteen years since Dr. Dre dropped his last album. Since then, he’s become a billionaire headphone mogul and , seemingly, been lifting all sorts of weights. He’s “produced” a few songs here and there but, for the most part, he’s been fairly removed from the current music scene.
For years, people have been talking of his new album “Detox”. “It’s almost done!” was something that would pop up every few years to be followed up with nothing. While this sort of delay on an album is common to music, he’s more Guns a Roses than Despot or Jay Electronica cause he’s one of the most famous producers in rap history. He is basically our Quincy Jones. Thing is, if we’re both honest and have been paying attention the last 15 plus years, Dre isn’t exactly making beats anymore. It’s fairly well known that Dre has been using other peoples tracks for a long time now. Similar to what Kanye does. It’s truly taking the role of a “producer” in the rock and roll sense. A person who sits back in the studio and oversees. A Rick Rubin type. They may not create the music but they make sure it comes out the way it needs to come out.

Now, I could easily be talking out my ass here. I don’t know for a fact that Dre hasn’t been tapping pads on his MPC for 15 years. I’m just going off what I hear. But, if what I’m saying is true, it makes this delay even crazier to me. Surely, someone NOT creating the actual music could have put together an album of hand picked tracks and rappers in under 15 years, right? Well, apparently, “Detox” got scrapped cause Dre didn’t like it. He didn’t want to give his fans something less than the highest quality. Which is cool cause , say what you will, the dude has never half assed a project in his life. Thing is, now this new album comes out in like 3 days…why not just call it “Detox”? Perhaps he decided to scrap it entirely to get a fresh start and even out the wild expectations. That’s fine. Weird, but fine.
So, his new album “Compton” drops August 7th. It features tons of guests.
Here’s the track listing:
1. “Intro” Dr. Dre
2. “Talk About It” feat. King Mez & Justus
3. “Genocide” feat. Kendrick Lamar, Marsha Ambrosius & Candice Pillay
4. “It’s All On Me” feat. Justus & BJ the Chicago Kid
5. “All In a Day’s Work” feat. Anderson Paak & Marsha Ambrosius
6. “Darkside/Gone” feat. King Mez, Marsha Ambrosius & Kendrick Lamar
7. “Loose Cannons” feat. Xzibit & COLD 187um
8. “Issues” feat. Ice Cube & Anderson Paak
9. “Deep Water” feat. Kendrick Lamar & Justus
10. Jon Connor,”One Shot One Kill” feat. Snoop Dogg
11. The Game, “Just Another Day” feat. Asia Bryant
12. “For the Love of Money” feat. Jill Scott & Jon Connor
13. “Satisfiction” feat. Snoop Dogg, Marsha Ambrosius & King Mez
14. “Animals” feat. Anderson Paak
15. “Medicine Man” feat. Eminem, Candice Pillay & Anderson Paak
16. “Talking To My Diary”

Some familiar names. some less than familiar. I’m curious who the co-producers are cause that’s really where this album will fail or succeed. But , listen, I’m an old rap fan. To me, Dre will always be somewhat relevant. I grew up on his music. But, even with that in mind, I can’t help be a little skeptical of this album. It’s just my nature. But I’m more curious of what you think. You’re most likely younger than me. You most likely love some songs Dre has created (dudes got more classics than most record labels). But I wonder if the news of a new Dre album and tracklisting like the one above does anything for you guys. Well…tell me!
You can vote for more than one answer.