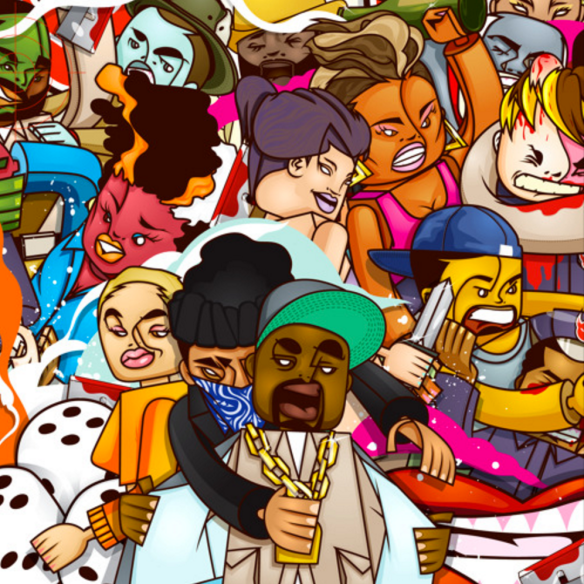 And you thought this blog was done…Nope. Like I said…when I got stuff to share I will.. Now is one of those times.
Here’s a spanking new song I did with MarQ Spekt from his upcoming album (which i produced entirely) called “Keep playin”. The album drops in august on Hipnott records. We did another album together last year called “JustPlaywitit” that I think you should check out if you missed it.
This song is a special one as it features the talents of Conway, HPone and Da Buze Bruvas. This is some tough shit. Don’t sleep. Enjoy!

If you wanna buy it, it’s a buck at bandcamp:
https://marqspekt.bandcamp.com/track/point-break-feat-conway-hpone-buze-bruvaz

This is one of those “I kinda know what you guys are gonna say” situations but fuck it…I like what I like so I’mma keep imposing that on you. After all, you’re here reading this, right?
So, a while back, I wrote about Westside gunn. A rapper from Buffalo who started making a little noise. He talks about guns, violence and drugs and he does it well. He just dropped a very stellar new album the other day called “Flygod” that, if you’re a fan of Roc Marciano and east coast street shit in general, you should check out. It’s only streaming on Spotify at the moment so check it here. I think it’s really good.http://2dopeboyz.com/2016/03/11/westside-gunn-flygod-lp-stream/
Anyway, While Westside Gunn has been bubbling, he’s had his man Conway with him the whole time. While Gunn’s voice is high and energetic, Conway is more laid back but just as aggressive with the lyrics. He’s no new act at all but he’s finally starting to get some shine and I figured I’d throw him out there for you guys and see what your take is. Here are some videos


Like I said, this is definitively some east coast street shit. I know most of you guys require some flowerly language and weirdness to enjoy your rap music but this is the type of shit I grew up on, with a modern twist.
So, what do you think?