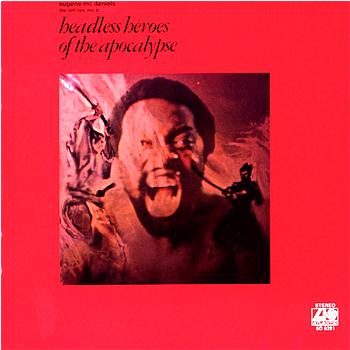 Jagger the Dagger By Eugene McDaniels
http://limelinx.com/files/f326c54f8e65d2f7a255a72102e23d73
Let’s be totally honest here. Most of the time, when you hear a song that has been sampled, the song is kinda crappy. It makes sense. Sampling is built around finding that one part of the song you like.The part you want to hear over and over again. More often than not, some of the best loops from some of the greatest hip hop songs were lifted from pretty mediocre music. Jazz fusion crap that becomes a boring show of some guy masturbating with a rhodes for 8 minutes.
On the other side of that, we have songs that get sampled that are just straight up awesome. A song like “Synthetic substitution” or “Blind Alley” have been sampled a billion times each but both original songs are classics in their own right.

This song, falls into a different category. it’s just fucking weird. This sample has been flipped many of times (the gravediggaz, Organized Konfusion, A tribe called quest, ect). The funny thing about it is that it’s a pretty smooth loop. But the actual song has a creepy tone to it. Perhaps cause of the off kilter singing it hits at moments. A chorus of male and female voices that go in and out of tune and sing a song that’s apparently a diss to Mick Jagger. Beef! Any way. I love shit like this and you should too.