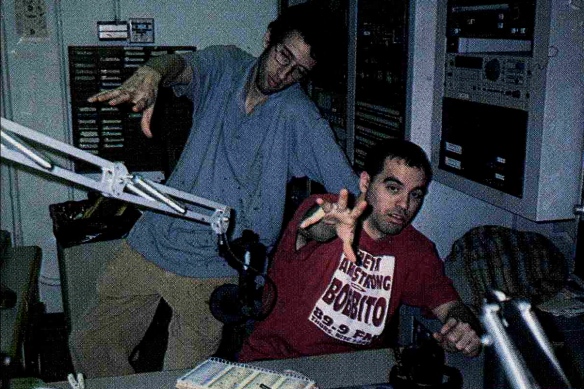 When I initially started this blog about 4 years ago, one of the first posts I ever did was upping a bunch of extremely rare songs and freestyles I had recorded off the radio in the 90’s. I was looking through my I-tunes the other day and happened upon them once again. I thought “Hmm, I should bring these back out cause, logically, my readership is completely different now than it was 4 years ago.”
So, as a gift to all you meticulous rap nerds who love underground rap from the early/mid 90’s, here you go.
To be clear, these are all things I personally recorded live off the radio from shows like Stretch and bobitto, Nighttrain and Martin Moore on WNYU. I Used to stay up way past my bedtime and go to school like a zombie just so I could have the newest shit to listen to in my walkman the next day.
I’m not gonna do a track listing (it’s 27 tracks) but included in this folder of music are Rare freestyles from the artifacts, Jay-z, Cage, Redman, MAster Ace, ODB and many many more. Also, there are demo’s and unreleased songs. The demo’s are mostly obscure groups that never came out but there are a few that will surprise you. Including a super rare Kool Keith song and a Jay-Z song not many people probably know ever existed. Like I said, this is deep crate nerd shit but, if you’re like me, this will be your shit.
If you’re an audiophile who can’t deal with anything below a certain bit rate, skip this. This isn’t for you. This is all stuff recorded on cassettes off the radio. The quality varies but, at it’s best, it’s never amazing.
So, I hope you all enjoy this stuff. This is definitely the music of my youth and stuff like this is what inspired me to get into rap music in the first place.
OLD NYC RADIO GOODIES!
https://www.sendspace.com/file/n319hi